Speech of Sanjay Chhel on 13.9.2019 at Churchgate (Mumbai) on inauguration of drama course at SNDT Univ. 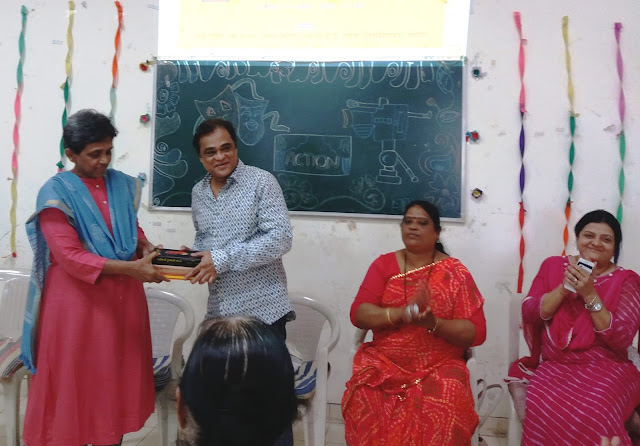 It was the occasion of the beginning of the first 6-month certificate course in acting and drama at SNDT University, Churchgate, Mumbai and distinguished speaker for the event was Sanjay Chhel, the renowned lyricist of "Dil toh bachcha hai ji" and "Ai Shivani". Mr. Chhel has worked for some 25 feature films out of which one has been directed by him. He is as well a well known story writer, scriptwriter and dialogue writer. He needs no introduction to the lovers of modern Indian cinema.

"Study of drama is a fortunate opportunity and we should feel proud of it" said Mr. Chhel. He said that the actual life is in fact a much bigger drama than that is presented on the stage. And that is why Bharat Muni the writer of the epic of dramatic art - "Natyashatra" called it the fifth Veda.

The tone of speech of Mr. Chhel was as if it were a friendly talk to the women students  and professors. He gave a mantra for successful life on and off-stage. It was "Lead your real life as if it were a drama and play a role on stage as if it were your real life. If you acquire good skill in acting then you would feel it comfortable to lead different necessary roles in your life. Even though you don't pursue a career in acting, the skill will help you in interviews for job and various presentations required during the course of doing your duty.."

"Acting is not an easy job. This is like a nail has been thrust into your sole and the viewers are enjoying to see you jumping in pain."

"Once, when I got a chance to meet Amitabh Bachchan ji at a set of shooting, I was amazed to see that he was getting his dialogues by rote like a school children. When I asked the legendary actor that he, who is the inspiration of crores of people all around the world, how come need to rote the written dialogues like a small student? The Big Bachchan replied that this method is still helpful to me to fix in my mind where to put stress and where to pause while delivering dialogues on the set."

Drama is not merely an academic or career-oriented course. It actually works like a sieve who takes out all the demerits of your personality and  make you a better human being. Ultimately he gave a mantra "While acting on stage never bother for the responses. Concentrate solely on your work".

All the students and professors listened to the thoughts and ideas of Mr. Chhel very attentively. Though his way of conveying his message was very humorous, he was sincerely initiating the young women to the newly started course by helping them get a perfect disposition for the course.

A lady professor offered the vote of thanks and the event came to an end. This was the time when the young girl students geared themselves up for impromptu photographic session with the celebrity and others. The other distinguished persons present were Satish Vyas, the well-known Gujarati drama director, Prof. Pushpa and other professors.  Hemant Das 'Him' was also present in the inaugural function.
.............

Report by - Hemant Das 'Him'
Photographs by - Bejod India blog
Send your feedback to - editorbejodindia@yahoo.com
Note- Organisers are requested to send more info or photos  to the above email ID for adding in this report. 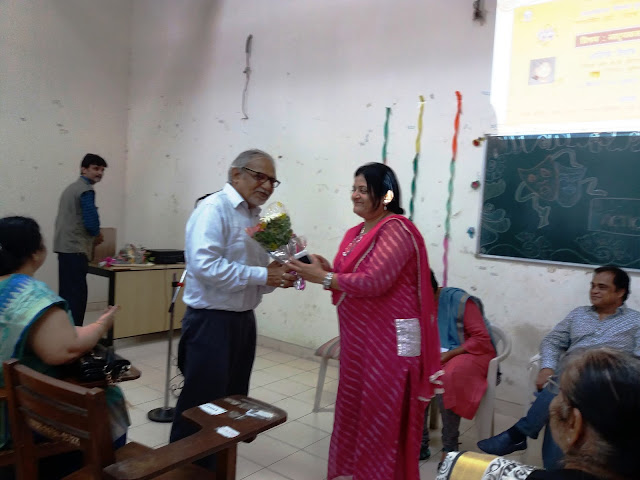 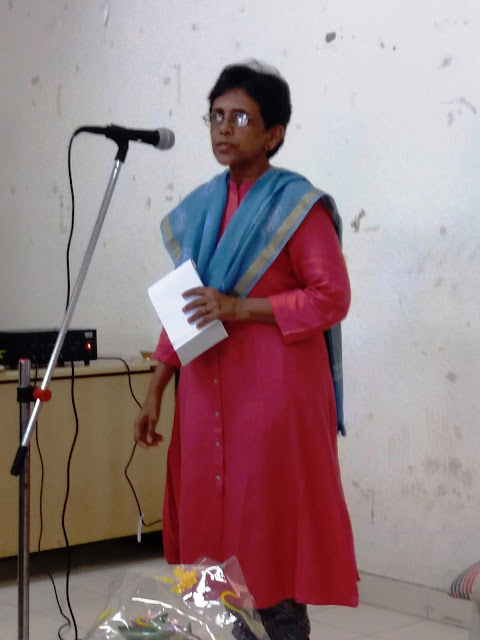 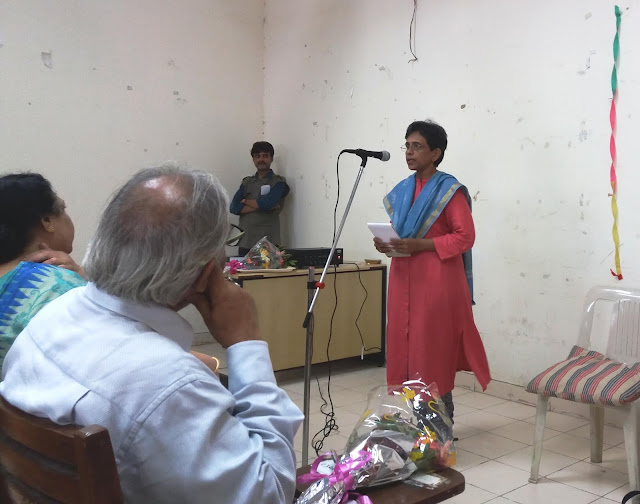 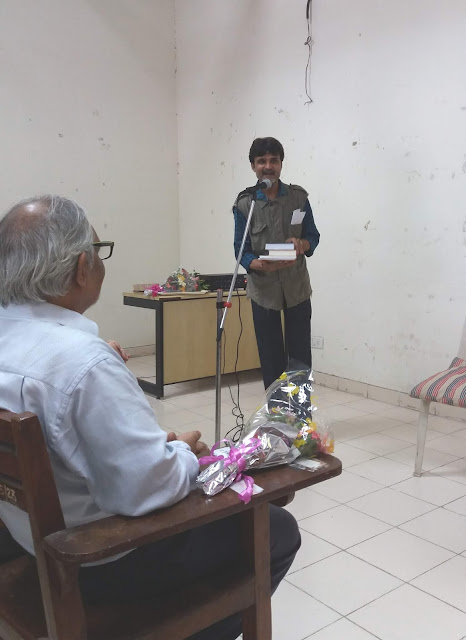 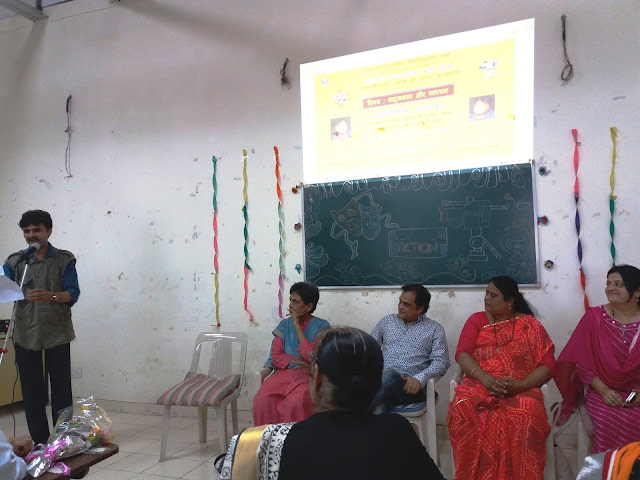 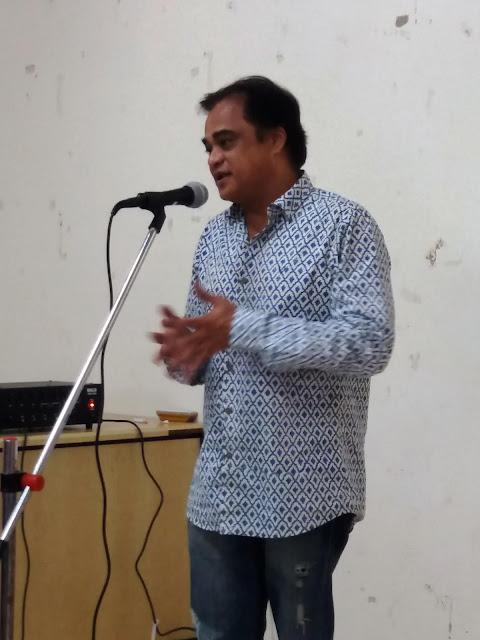 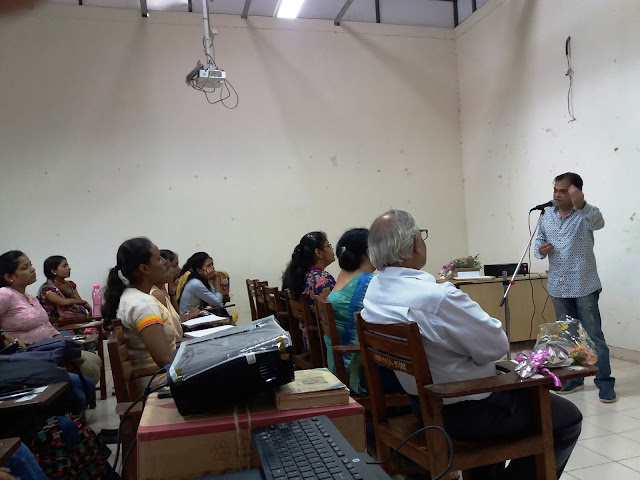 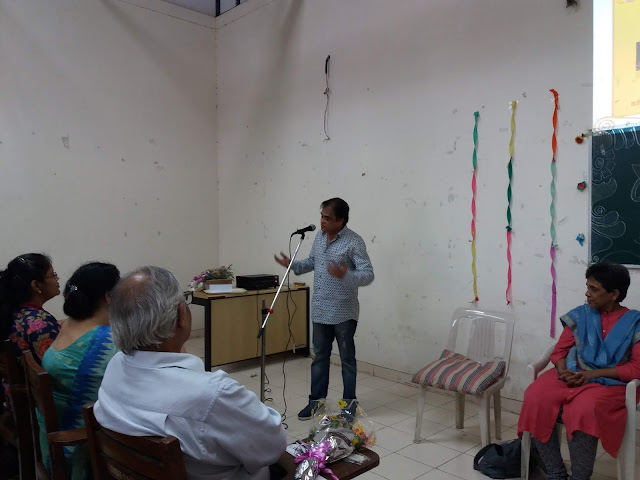 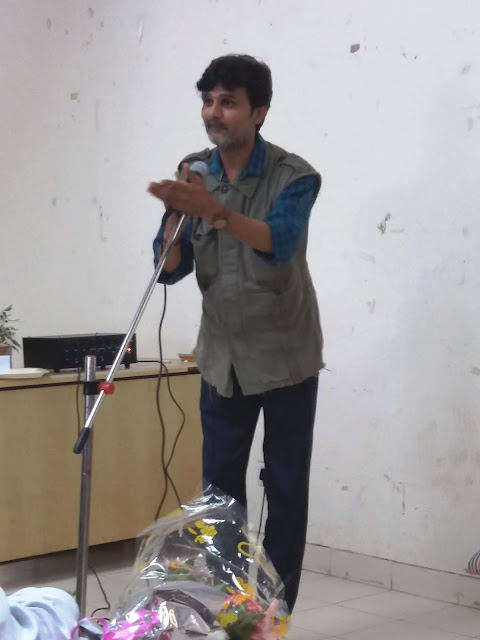 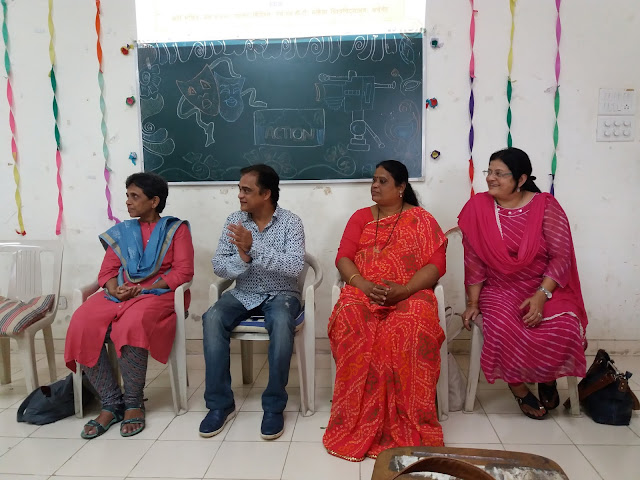 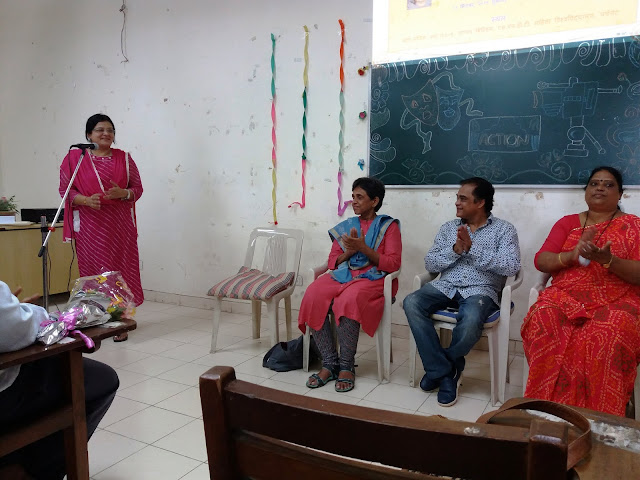 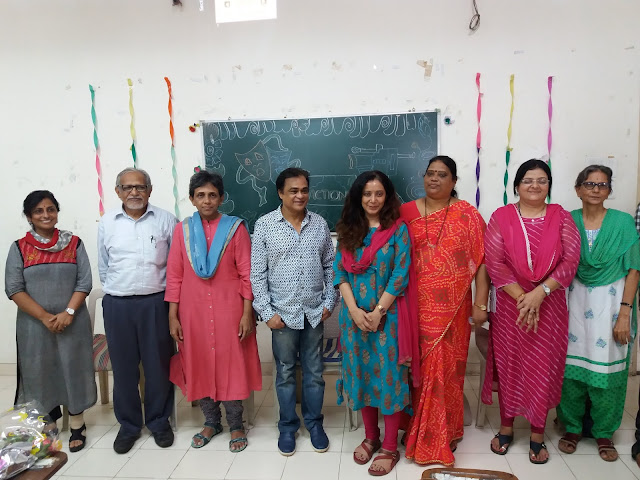 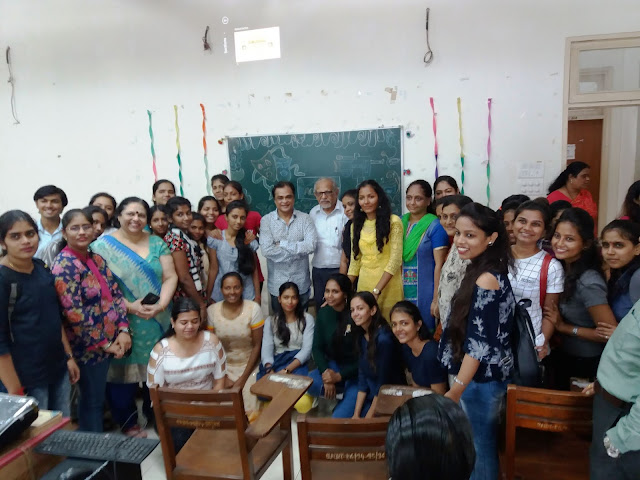 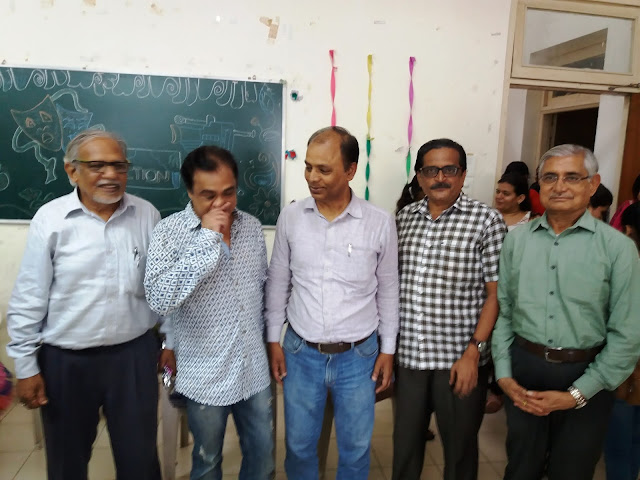 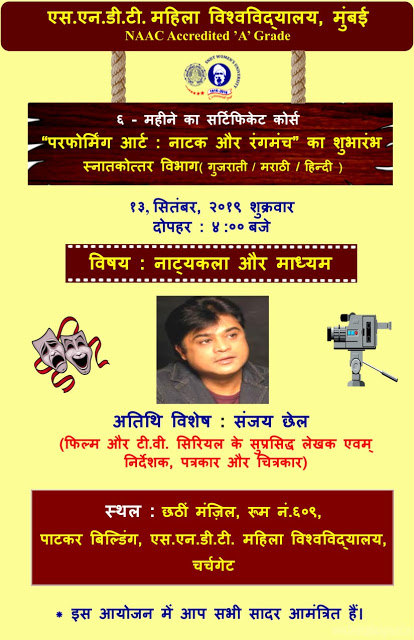 Email ThisBlogThis!Share to TwitterShare to FacebookShare to Pinterest
Labels: English (Other posts)