The ordeal of a father 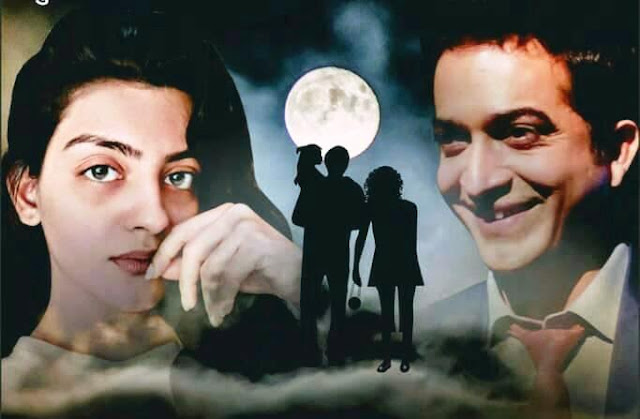 The little daughter of a Padmshree awardee psychiatrist is kidnapped by terrorists and he is asked to get some vital info out from his patient facing high intensity of mental disorder. The info possessed by the patient girl is very sensitive and can bring disaster to the nation if leaked to unscrupulous persons. The doctor is highly loyal to his nation and loves his daughter extremely. What should he do?

'Dhummas' is a family entertaining thriller packed with a perfect dose of patriotism.  The alchemy of  tight-fit script, realistic acting and conceptual set design put forth by the intuitive director produces a medicine that not only soothes the viewers but also fills their  hearts with strong pious motive towards the nation. And surprisingly it did so without songs, seductive or provocative dialogues and gaudy outfits of beautiful women.

A renowned psychiatrist Dr. Vikram has a loving nuclear family consisting of wife Aart and school going little daughter Kavya. The wife is on rest having the foot fractured. Dr. Vikram is called from his hospital for treating a newly admitted patient girl Kesar who is suffering from severe bipolar symptoms. When he returns home he receives a telephonic call conveying him that his daughter Kavya has been kidnapped by the caller. The ransom demanded is not money but to get some info from Kesar who is under his treatment in the hospital.

The kidnappers are so knacky that they have not only disconnected the Wi-fi of Dr. Vikram's house but also are able to see all the happenings in-house of the doctor through their low-vision camera device. His phone has been set in a way that he can't make call to anybody and can receive only the calls of the kidnapper. Dr. Vikram and his wife are warned severely against communicating anything to anybody. Even the housemaid and neighbours should not enter their house and they can't make any insinuation or pass signals to anybody out.

When the next day the doctor reaches the hospital he eavesdrops the telephonic conversation of his colleague Dr. Jay Bhatt with someone and it is revealed that he was in collusion with the caller against him. Peeved on this, the Dr. Vikram lambastes his colleague for betrayal. The colleague says that actually, he is also under duress as his daughter Puja is also kidnapped by them. Both the doctors are bewildered as what to do to save the lives of their most lovely persons.

At the nick of time, a man appears on the set who is from ATS (anti terrorist squad). He declares that one of the girls is dead and the kidnappers are in fact, members of a terrorist group working against India. Why terrorists are so anxious to get some info from the bipolar Kesar should remain a secret here as to let it be viewed in the actual show. Though the happy ending of the play can be guaranteed  to the viewers of the show.

The set design was an example of innovation and it was a combination of two unique concepts - first, a straight line railing pattern with several turns like a meander of modern life and secondly a three dimensional buildings structures on both sides of a road looming large from the background. The director claimed that such a design has not been erected earlier in Gujarati theatre. Those metallic railing patters with wooden footpath structure helped in two ways - one, in taking Dr. Vikram from his home to the hospital in ten seconds. Two, running concomitant scenes at the house and the hospital at a time since the structure in between acted like a buffer.

Acting was the the essence of the play. Dr. Vikram championed the cause of the nation elegantly in an impressive manner. The body movements by Kesar was exemplary and the child artist Kavya's flawless and emphatic dialogue delivery left the audience wonderstruck. Dr. Vikram's recuperating wife Aart and the colleague Dr. Jay Bhatt at the hospital gave him their respective strong support. The play does not have songs as not to dilute the feel of suspense but the tuneful pieces  at every important pause went pretty well with the flow of the story.

The script is a well-knit, compact and aligned thoroughly to it's main object that is how to deal with the kidnappers. Of course, it typically resembles the bollywood style to a considerable extent still I can say that it's essentially not a mushy, slushy show and never becomes more than life-size so as to let each and every viewer to identify himself with one or other character of the play.

The whole team must be congratulated for the healthy presentation of patriotic theme in a genuinely entertaining manner.
.... 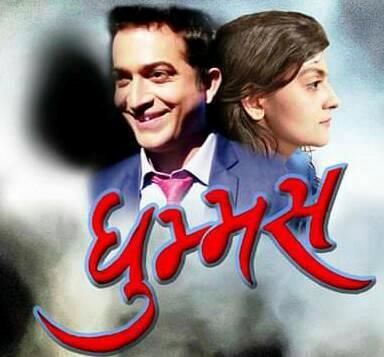 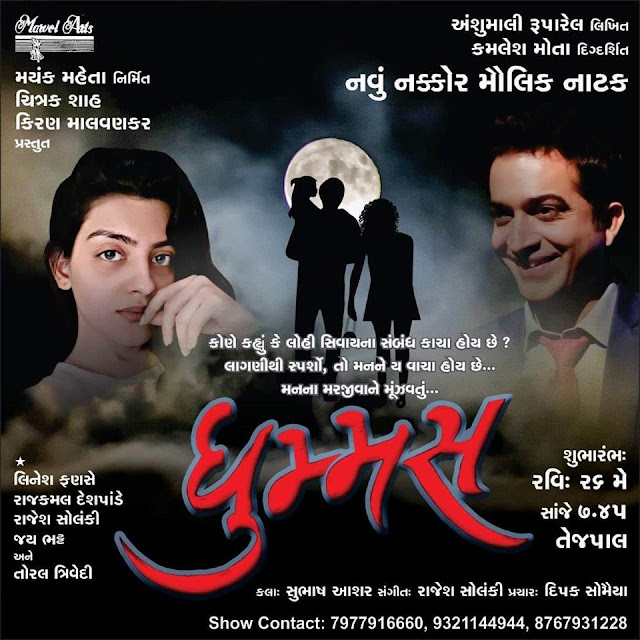 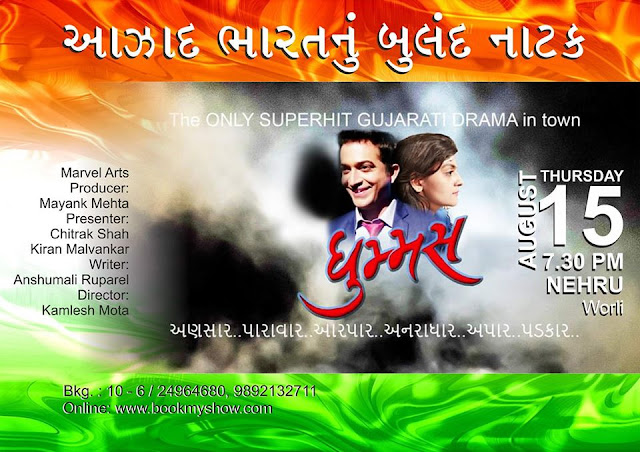 Email ThisBlogThis!Share to TwitterShare to FacebookShare to Pinterest
Labels: English (A - Drama Reviews)